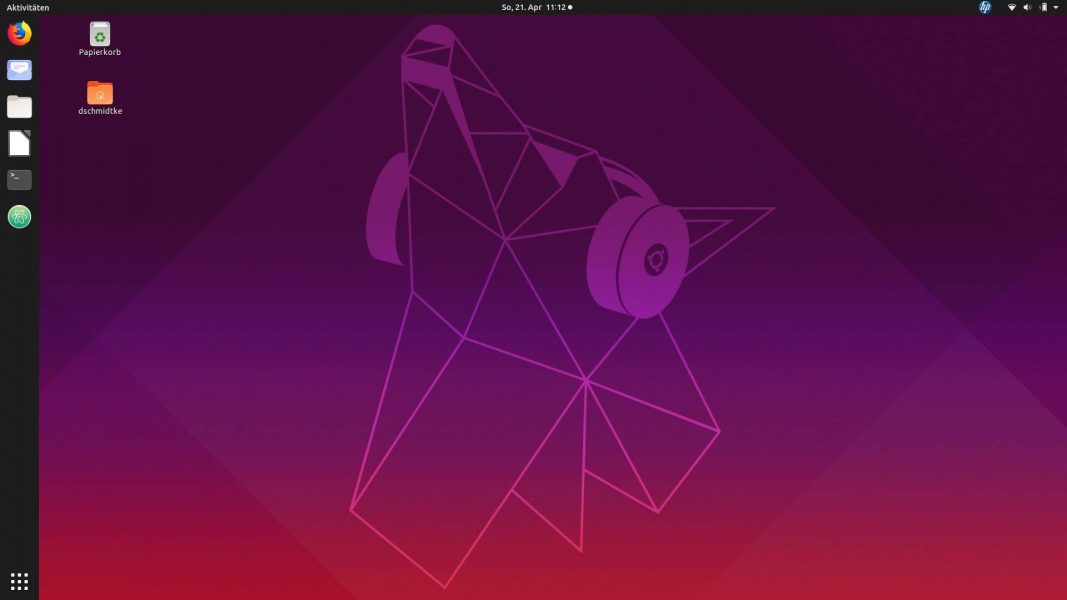 Ubuntu’s Gnome desktop sporting their own Yaru theme, which is fairly new

On April 18, 2019, Ubuntu 19.04 alias “Disco Dingo” was released. Like each of the semi-annual upgrades of the popular Linux distribution, it comes with refreshed software packages and a new kernel (Linux 5.0.0). But it’s the standard desktop Gnome, that makes it worth updating.

Already released in March, Gnome 3.32 brings a number of improvements – and gets rid of old habits: Ubuntu has not yet installed the current version of the file manager Nautilus, now called “Gnome files”. That’s because the Gnome developers, sometimes very restrictive in their design decisions, had ruled that files or folders shouldn’t be on the desktop – which is why they removed support for this feature in Nautilus without further ado.

Because Ubuntu didn’t want to deprive its users of this possibility, an older version of the file manager was included. This is no longer necessary since a gnome extension provides the missing functionality. But not entirely: Drag and drop to the desktop does not work.

For users of HiRes monitors, fractional scaling has finally arrived in Gnome in the device settings. If more than one monitor is connected, this can also be done separately for each monitor. And it works with Wayland, as well as – with some randr climbs under the hood – with the old X-Server, which is still activated by default in Ubuntu. Previously, only a 100 or 200 per-cent scaling was possible. If the fine scaling has not yet been activated, you have to unlock it in the Gnome registry:

The settings app has new controls to configure settings for each individual application such as sending notifications or acting as default app to open certain file types or perform certain functions. One might be reminded of Android, where even the access rights of individual apps can be fine-tuned. The latter only works with flatpacks in Gnome, and they are not supported in Ubuntu for the benefit of Snaps.

While most of the Gnome Apps use a unified window design with “Client Side Decorations”, Evolution does not.

Gnome 3.32 promises to be faster, since the developers worked on bug reports about memory leeks and increased the performance of the Gnome Shell and its window manager Mutter. And its looks have improved thanks to a unified design of Gnome’s apps – well, most of them – and a renovated Adwaita Theme. Ubunu’s users probably won’t notice the latter, since Ubuntu has its own theme called Yaru.

Should Ubuntu users dance the “Disco Dingo” and upgrade? If you have installed the LTS version 18.04, you should probably stick with it, especially since the so-called Hardware Enablement Stack (kernel, graphics driver) is still being updated to support newer hardware. If you have upgraded to Ubuntu 18.10, you should upgrade again, because as always, non-LTS versions will only be maintained for three months after the next upgrade. The upgrade with sudo do-release-upgrade should run smoothly, unless the computer has a Broadcom WLAN chipset (see Release Notes).