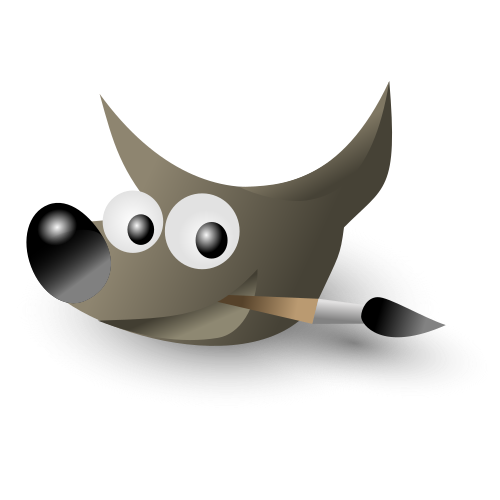 No, Gimp is not Photoshop, but it is the “official” open source app for image/photo editing (raster graphics). With more than 20 years of history the “GNU Image Manipulation Program” is also a banner carrier of the free and open source software. The Gimp Toolkit, Gtk in short, became the foundation of the Gnome Desktop.

What was missing for many years – and is still missing in Ubuntu’s older, but still maintained LTS version 18.04 – is support for more than 8 bit color depth, which is unsuitable for editing RAW photos. This – and much more – has changed in version 2.10, released at the beginning of May 2018, thanks to the advanced implementation of the new graphics library GEGL. This upgrades Gimp to 16-/32-bit support per channel (integer and floating point). And there is more: The ported filters offer a real-time preview, the already luxurious range of tools has been extended and for painters there are new brushes.

It’s clear that an open source project cannot be expected to update as often as a huge corporation like Adobe does. What Gimp still lacks is non-destructive editing. However, it’s on the Roadmap of the Gimp developers. While Gimp 2.x is still using the outdated graphics toolkit GTK 2, the switch to GTK3 will come with Gimp 3 in 2021.

Nevertheless in Gimp 2.10 the interface has highly improved. There are three skins available, a dark, light and grey theme, plus “system”, which is often the best choice, since it uses the colors of your desktop theme. Those, switching from other image programs, will probably be surprised by the fact that three disparate program windows open when Goimp is started for the first time. This can be changed under Window > Single Window Mode.

Gimp may be extended with lots of plugins and scripts. While there is no central repository for them, Ubuntu has some packages with bundles of useful ressources. Since version 2.10 some of them don’t work anymore. Luckily, the highly recommended plugin for G’MIC, a framework for filters and effekts, is not among them.

Gimp is also available for OS-X and Windows.

How to import raw files

Gimp cannot work with raw files by itself and therefore requires a plugin. In the old days this job was done by ufraw. Since Gimp 2.10 the specialist programs Darktable or Raw Therapy may be used. One of them must beinstalled in order to be chosen as a plugin under Settings > Import and export of images > Raw importer. Whenever you select a raw image file in Gimp, it will be opened in the raw developer of your choice. Make adjustments if you wish, then just close the RAW program without saving and the image will be imported into Gimp as a Tiff file.

Gimp has a multilingual help option, which may be installed through the language package of your choice.

How to install Gimp

For English help, additional plugins (gimp-plugin-registry), more brushes, palettes and gradients (gimp-data-extras), the G’MIC-Framework and UFRaw, that is only necessary if RAW Therapee or Darktable are not installed, use the following one-liner:

For a very long time Otto Meier’s PPA delivered the freshest versions of Gimp. Unfortunately this service to the community was discontinued in 2020 for “personal reasons”. Filling the gap is the Chinese owner of the ubuntuhandbook.org website, who has created a new PPA for Gimp:

Those who do not yet trust the new PPA may install Gimp as a Snap or Flatpack.

In this example we compile the BIMP plugin. Download the Linux archive and extract it somewhere. There are some dependencies to be installed before compiling:

To compile, enter the extracted folder and issue the following commands:

This installs the plugin for your user at ~/.config/GIMP/2.10/plug-ins/bimp

Krita for KDE is mighty as well; it’s more suited for painters then for image editing. People, who prefer something simple, may prefer Pinta.